I Trust My Ancestors 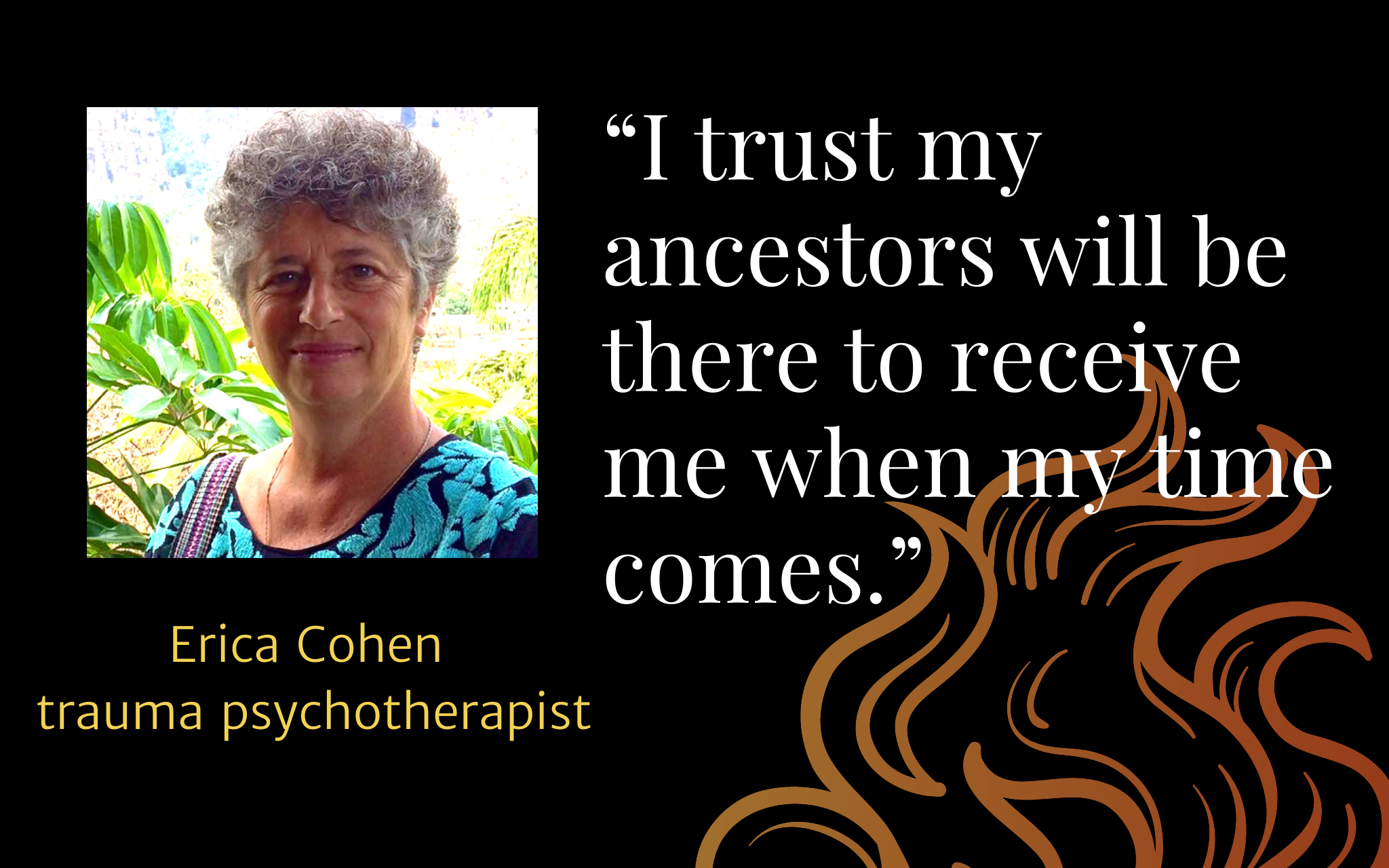 My 14 year old daughter and I had spent most of the previous two weeks at his bedside first at the cancer ward and then, at Calvary Hospice facilities. From the very first day with him we had both witnessed a strange light, sometimes around and sometimes within him. It grew steadily, day by day, ephemeral, shifting, yet undeniably present. The day he was moved to Calvary, it seemed to burst open and surround the entire building.

Two weeks after his passing we had the privilege of attending a Grandfather Fire. Full of grief, and also wonder and gratitude for my father´s peaceful transition I was flooded with questions, but the one that rose from my heart and found words was about that light. Grandfather´s answer, as best I remember it, was: ¨The light you saw was the presence of the Ancestors. When a man like your father dies, a good man, a man who has devoted himself to his art, to his music all his life…when a man like that dies, the Ancestors are there to receive him.¨

In the midst of my grief, these words literally changed my life. I was filled with relief knowing that what I had intuitively felt in the calm wonder that light brought me, was confirmed: my beloved father had made his passage in a good way. He was truly safe and truly held. And as time passes and I move into the later stages of my own life I contemplate how dedication to my own spiritual path can bring me the same destiny. I trust that my own Ancestors, including my father, will be there to guide and receive me. In these times of so much darkness and confusion this is indeed a guiding light.

Erica Cohen is a psychotherapist specializing in trauma. She is a longtime Buddhist practitioner, and has been a Firekeeper for Sacred Fire since 2005.

Over 25 years ago, the elemental Source of Fire began speaking through Don David Wiley, a tsaurririkame elder in the Huichol tradition of Mexico. “Grandfather Fire” has spoken with thousands of people who come to hear His guidance about meeting life’s challenges with courage and wisdom, so they can live lives of meaning and purpose.